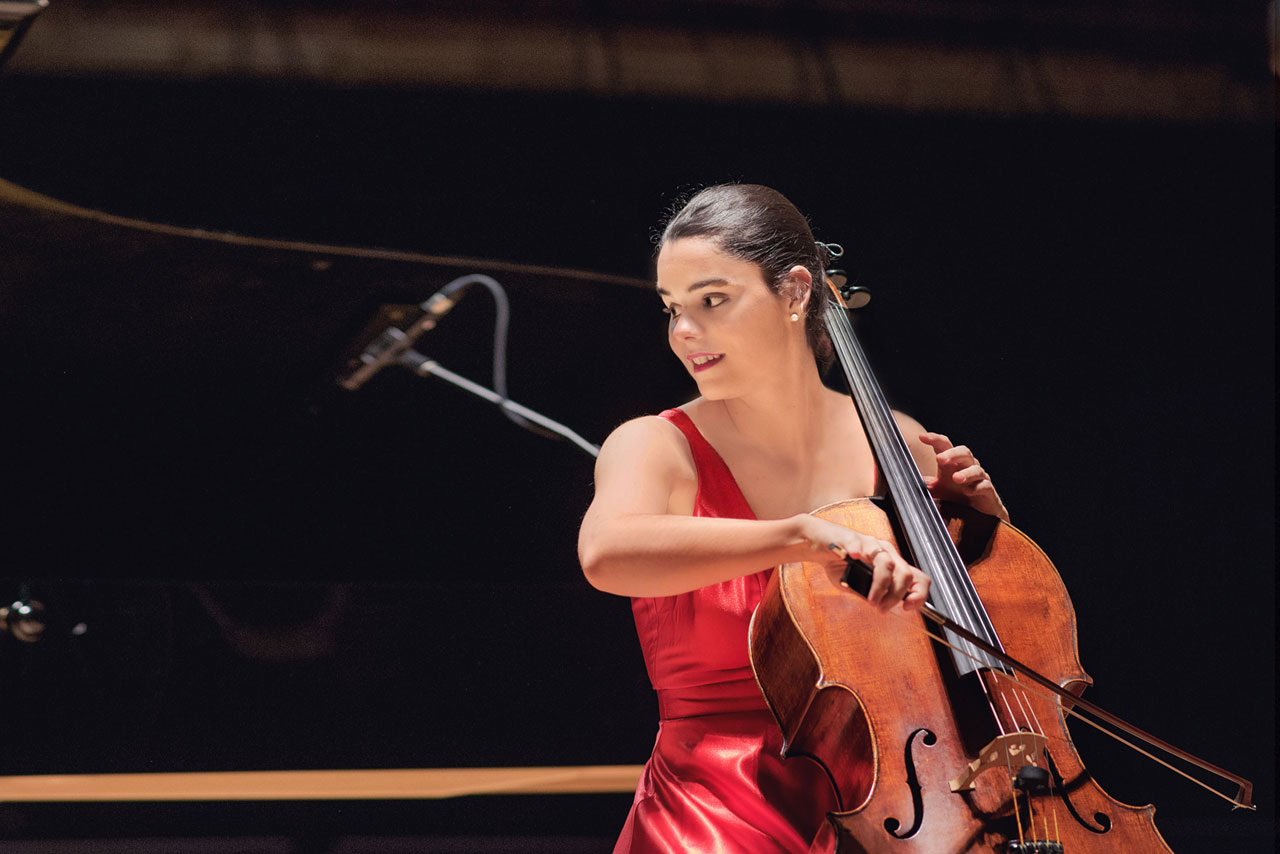 Folk music and dance have always been a fount of inspiration for formal music, keeping it in touch with the soul of the people. However, the tendency of composers towards a universal musical language has considerably diluted the character of ethnic elements that they include, a phenomenon particularly noticeable in Europe. During the 18th century an artistic trend arose bringing out exotic colour and charm. Composers began drawing on foreign folklore to spice their works with unfamiliar sounds, as for example the Rondo alla Turca in the sonata for piano in A major by Wolfgang Amadeus Mozart. At the same time, a rise in nationalism was also gradually taking place politically, with every country, even ethnic group, aspiring to distinguish itself from its neighbours by its own particular music. This movement is often the expression by oppressed peoples of a desire for emancipation. The rules of classical music, firmly standardised up to that time, had now to integrate the characteristics of folk melody and rhythm, be it in tonality, metre or structure. If this emergence of popular inspiration can be correlated with social developments, it can also touch the listener more directly. In addition, it gives the possibility to composers, sometimes far from their homeland, to remain connected to their cultural roots, as we shall see with Alberto Ginastera.

Fiery Spanish folklore plunges us directly into the music, with an arrangement for cello and piano of six of the Seven Spanish Folksongs (Siete Canciones populares Españolas) composed in 1915 by Manuel de Falla. Even in his cradle the composer was lulled by traditional melodies, sung to him by his wet nurse. Later his composition teacher, Felipe Pedrell, demonstrated the importance of historical and popular sources in Iberian music. Hence De Falla always sought to highlight the musical patrimony of his country. He does this here in different ways, as he explained himself in an article published in 1917: ‘Rather than literally transcribing folksongs, I have attempted to integrate their rhythm and modality, their characteristic lines and ornamental motifs, as well as their modulating cadences [...]. In my humble opinion, it is more the spirit that counts in traditional song than the letter’. This song cycle revolves around the theme of love, which is also to be found in the rest of the programme. Loss of virginity, maternal affection, seduction, jealousy, heartache, and star-crossed love are among the different aspects that de Falla chose to develop, with subtlety and realism.
Next Pohádka (a fairy tale), composed in 1910 by Leos Janacek, transports us to the world of Slavic mythology. This composer spent a good part of his life studying the folklore of his homeland, Moravia, notably through its folk songs and dances. Janacek believed that a people identifies es with the nuances of its spoken language, and that these nuances underlie the inflections of popular melodies. As an artist and community member, he was furthermore convinced that humanity in its entirety is present in folk music, the body and soul of its surrounding environment and culture. Thus he hopes that art music imbued with traditional music can become a common heritage able to bring people together. His extensive studies and deep thought about the essence of Moravian culture form the base of his musical aesthetic, as much melodically and rhythmically as harmonically. Pohádka is a little gem where the composer’s particular style is easily recognisable, through rhetorical pizzicati in the cello, key changes, instrumental colour, thematic material taken from traditional music and dance, or the free metre and original structure of the work. More generally, Leoš Janacek was ardently pan-Slavic, and his love of Russia can also be found in this piece. Indeed, Pohádka is inspired by a Russian fairy tale by Vasily Andreyevich Zhukovsky: ‘The Tale of Tsar Berendey, his son the tsarevich Ivan, the intrigues of Koshchey the immortal, and the wisdom of princess Mariya, his daughter’. Although more than mere programme music, the work portrays with great nesse many di erent elements of the story. Consequently, forest, lake, ducklings, the voice of the tsar, and the enchantment of love budding between the tsarevich and Koshchey’s daughter, are all clearly identifiable.
We continue with Fünf Stücke im Volkston by Robert Schumann, composed in 1849. A year before, Schumann wrote in his Advice to Young Musicians: ‘Pay attention to national airs and folk songs; they contain a vast assemblage of the finest melodies, giving an insight into the character of different nations’. For his Five Pieces in Folk Style, the composer employs several principles typical of popular music: repetition in the form of refrain, simple and memorable melodies, elementary rhythm easy to follow, a distinctive and easily recognisable character. The traditional inspiration of these five pieces is beyond doubt; however, concurrent events in the composer’s life surely also played a role. 1849 was one of Schumann’s most productive years, probably the last in which he could fully enjoy life with his family. His love for Clara and the children is ever-present. Can one not hear it, for instance in the gentle and tender lullaby of the second movement? To find out one only needs to listen and open one’s heart.
Composed in 1979, the Sonata for Cello and Piano by Alberto Ginastera is the centrepiece of our recording. The Argentinian composer had already emigrated to Switzerland when this work was written, but it shows how deeply his roots were planted ¡Amor!. After suffering three long years of depression with composition at a standstill, due principally to censorship by dictators in his native country, Ginastera finds once again peace of mind, happiness and inspiration, thanks to both his new life in Geneva and marriage to the cellist Aurora Natola. South American folklore pervades the work, notably through use of powerful and repetitive rhythmic figures typical of traditional Argentine music (for example the carnavalito in the finale). Ginastera transports us to the pampa in the company of passionate gauchos. Here also, love is at the heart of the piece, reflected in the indications ¡Amor! in the slow movement. Aurora Natola considered indeed this piece as the child they never had, and reserved to herself the exclusive right to perform it anywhere in the world right up to her death in 2009.
To round off this album, what could be better than Hungarian fireworks? With its gypsy themes and virtuosity, David Popper’s Hungarian Rhapsody, published in 1894, evokes country fiddlers improvising by the fireside or making dancers twirl at party after party. Whether with family or friends, it is thus full of life and joy that we end a colourful programme!

Estelle Revaz
"The cello/piano duo works wonderfully, and both performers prove to be as much at ease with the insistent madness of Slavic culture as with the more danceable and warm Hispanic songs of Manuel de Falla.
I found the cellist's style so convincing that I enjoyed her penultimate opus Journey to Geneva. It is a demonstration of balance between commitment, precision and control. A vibrato just right, Estelle Revaz does not overdo it but flies over the different repertoires with a graceful ease. The pianist from Vendée impresses as much by her fluidity, her timbre, and this natural elegance that blends so well with her cellist partner.
Two musicians with an impeccable technique, and full of a beautiful sensitivity, who honor these pieces of folklore which are as much musical frescoes as Proust's madeleines for the familiar and native of the regions of the world evoked here.
It is almost too short, and we ask for more... A very warm, sincere and vibrant Grand Frisson !"


"The two musicians perform these very different pieces with great virtuosity and stylistic confidence... This new CD shows the two at the height of their art and collegial harmony. A real musical pleasure!"
Klassik-begeistert, May 2022


"A solar album... an ambitious, moving and contrasted program... a citizen artist who has not finished to make vibrate the consciences and the hearts."
Le Nouvelliste, April 2022


"Exploiting a thousand narrative springs or simply the obviousness of the cello-piano duet, Estelle Revaz and Anaïs Crestin are inventive and inspired in this opus which highlights the popular rhythms and melodies infiltrated in the classical music. A nourished and polished program."
La Liberté, March 2022


"The cellist Estelle Revaz and the pianist Anaïs Crestin lead the dances. Not just any dances: those that have crossed the centuries and have become part of our collective memory... The result is joyful, exciting, moving, it brings back to the tales and songs of childhood..."
Le Matin Dimanche, April 2022


"A quintessence judiciously chosen with Estelle Revaz. Estelle Revaz's playing is intuitive and flexible with her changes of timbre and rhetorical diction. Anaïs Crestin delimits the vast sound spaces thanks to a courageous dosage of sound. This duo gives, in the present, a strong voice to the many musical aspirations that seem so emancipating, especially in our time".
Orchestergraben, June 2022


"The balance between the very elegant playing of pianist Anaïs Crestin and the expressive and textured voice of Estelle Revaz's cello is captivating. The choice of the program is tastefully focused on pieces where the popular inspiration remains in the background, assimilated and sublimated by the composers' own language."
Le Courrier, March 2022


"From this journey... we retain the fascinating permeability of languages, the interpenetration of traditions in the writing work of the composers summoned... The performance of the two musicians shows a homogeneity and a solid harmony. A sensitive album."
La Tribune de Genève, March 2022


"A very varied anthology of works delivered in delicate and conniving readings by both performers."
Scènes Magazine, June 2022


"The sound constellation of piano and cello is reminiscent of the art song. Like the human voice, the cello embeds itself sonorously in the pianistic harmonies. The colorful program of the Swiss cellist Estelle Revaz and the French pianist Anaïs Crestin on their new album therefore sounds like a song round dance. A multiple-sounding album, which in its melodiousness is ideally suited to the dawning of spring."
Kulturtipp, March 2022


"More dignified than gleaming, the result of this personal reflection on the link between popular inspiration and learned music is seminal. It seals, certainly without extravagance but with an equally assured mastery, the impressive know-how, we would say wow in translation inspired by popularity, of Estelle Revaz and Anaïs Crestin."
www.bertrandferrier.fr, March 2022


"A joyful, melodious record, full of energy... The harmony between the two musicians is absolutely perfect."
VieilleCarne, March 2022