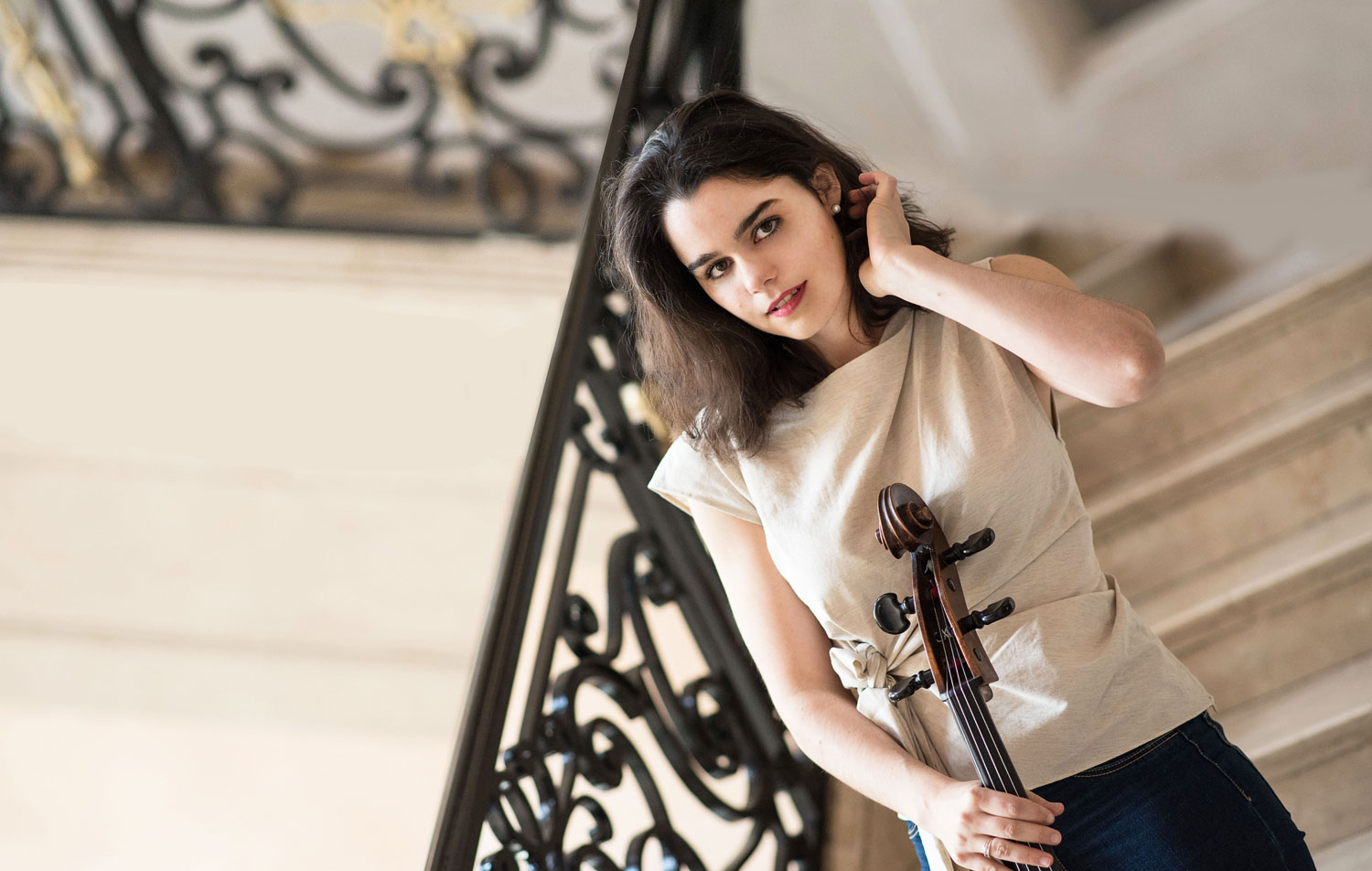 "Estelle Revaz is a sincere and profound musician with great musical curiosity. I greatly enjoyed playing with her and recommend her highly."
Gautier Capuçon

Estelle has played in many countries across Europe, Asia, Africa and South America. She has been invited to play at festivals such as the Verbier Festival, the Gstaad Menuhin Festival, the Sion Festival, the Festival International de Colmar or the Festival Pablo Casals alongside musical partners such as Gautier Capuçon, Pierre Génisson, Gaspard Dehaene, François Dumont, François Killian, Cédric Pescia, Alexandra Conunova, Raphaëlle Moreau, Tai Murray, Lena Neudauer, Sergey Ostrovsky or the Quatuor Sine Nomine among many more. She has performed at venues including the Victoria Hall, the Fondation Gianadda, the Musée du Louvre, the NCPA in Beijing, the Oriental Art Center in Shanghai, the CCK in Buenos Aires or the Sodre in Montevideo.

Her orchestral repertoire ranges from the C.P.E Bach concertos to those of Gulda and Ligeti. From the 2017-2018 season for a period of three years, Estelle Revaz will be the artist in residence of the Orchestre de Chambre de Genève, conducted by Arie van Beek. Her many projects include an album centered around the concertos by F. Martin and a world premiere by X. Dayer.

In CANTIQUE (NEOS, 2015), her first release, she performs as soloist in the concertos of E. Bloch (Schelomo) and A. Pflüger (Pitture, world premiere) – an album enthusiastically received by critics. As Le Temps emphasises, "CANTIQUE is a serious, incisive and demanding record where the orchestra and the soloist play with finesse and intelligence in a beautiful musical symbiosis". Her album Bach & Friends (Solo Musica/Sony 2017) for solo cello was also greeted with great excitement by the specialist classical music press, with Pizzicato writing: "Estelle Revaz presents a demanding programme that she interprets at a very high technical level. The sound is perfectly pure, the phrasing is extremely clear and the dynamics are exceptionally refined". Following her most recent album, recorded as a duo and entitled FUGATO (Solo Musica/Sony 2017), Le Courrier described Estelle Revaz as "one of the rising stars of a new generation of great artists", while La Liberté spoke of her "majestic programme in which the cello sings magnificently, at times either powerful or languid".

While still very young, Estelle won several awards. The First Prize of the Fondazione Antonio Salieri di Legnago enabled her in 2004-05 to embark on her first tour as a soloist to Italy, Germany and the Netherlands. In addition, her playing was ackowledged by the City of Geneva, the canton of Valais, the Fonds Français Instrumental, the Leenaards, Little Dreams, Dénéréaz, Kremer, Thiébaud-Frey and Patiño Foundations.
In 2014, she was admitted to the Verbier Festival Academy and within this context awarded the Rotary Prize.

Since 2015, Estelle has been a member of the "Forum des 100", a group of personalities considered to be shaping the future of Switzerland.

Since 2017, she has been cello and chamber music teacher at the Kalaidos University for Music in Zurich, Switzerland. Moreover, she loves to give master classes in Europe, Asia and South America. She has recently done research work on "The development of artistic identity in higher instrumental teaching" which was published in March 2019 at Harmattan (in Collection Sciences de l'éducation musicale).

Estelle Revaz currently plays a cello built by G. Grancino (1679) and a bow by J. Eury (1825) that have been provided to her by two generous Swiss patrons.